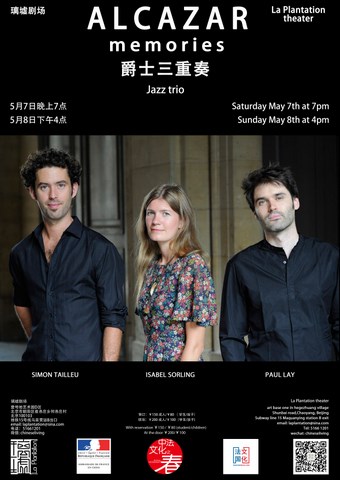 May Saturday 7th at 7pm

May sunday 8th at 4pm

Sorling, vocals and Simon Tailleu on double bass, is one of the most

The origin of the project was to sing a celebration of
Provence, its climate, landscapes, aromas,
(particularly the worldwide reputation of its lavender) as well as the rest of its sensual variety.

The Alcazar Memories project was formed in
response to a commission from the Théâtre de la
Criée in Marseille for the 2013 Marseille European
Capital of Culture.

The extensive tour of the project which followed in
the summer of 2013 was highly acclaimed by its
audiences. In June 2015 Alcazar Memories gave
eight concerts in Sweden before performing in
France

once more in 2015, (particularly at the Festival de Cluny, Tons